Polygamy and polyamory: the culture around consensual nonmonogamy.

Being married to multiple people is illegal in a lot of places around the world but being in multiple de facto relationships is not. There are several cultures and religions that do allow for people to be married to more than one partner, known as polygamy; whether that is a man to multiple wives (polygyny) or one woman to multiple husbands (polyandry). But of the countries that don’t allow these practices, you can find people in what are known as polyamorous relationships instead.

Auckland-based sex therapist Edit Horvath tells me that she has worked with people who have alluded to having multiple wives in another country. It is difficult to know whether they are legal marriages or not because the laws are very different in New Zealand.

“You could go and sign a piece of paper that says you are legally married or live together for two years as partners with pretty much the same legal rights – again – in New Zealand. But in certain countries and jurisdictions, it’s like, ‘I’ll give you my daughter, here we go.’ You’re now a couple, but there’s no paper to sign. There’s no legal safety around any of that. Is that considered a marriage in New Zealand? I think not, so there are all these sorts of grey zones.”

Polyandry is the least common of all the partnerships that fall under the consensual nonmonogamy umbrella. It may be uncommon, but there are still at least 53 societies in a host of different cultures where polyandry is practised. The majority of these are observed in the Amazonian Yanomamö tribe famous for polyandry, mainly because of the uneven male to female ratio. In the Yanomamö tribes, there are far more men than there are women because of the deliberate killing of new-born baby girls.

The Inuit are also known for their polyandry as are cultures around Himalayan Nepal and Tibet. Polyandry is a common practice in Tibet, though maybe to a lesser extent today than in their ancient culture. A survey of 753 Tibetan families in 1988 found that 13 per cent pursued the custom. It’s practised in India’s Rajasthan, Ladakh, and Zanskar in South India – though more so amongst minority sects. There are also smaller communities and tribes in China, Nigeria, Polynesia, Kenya, Brazil, and indigenous Australia that allow polyandry.

Of all these unions, polygyny is most well-known and widespread. However, the United Nations Human Rights Committee agrees that polygyny violates the International Covenant on Civil and Political Rights (ICCPR) because, in many countries where polygyny is legally practised, polyandry is prohibited and punished. This equates to the unequal treatment of a person’s right to marry (Scaringi Law, 2020). The two biggest societies that openly accept polygyny are the Muslim and African cultures.

The Muslim culture has a variety of reasons behind the tradition of taking multiple wives and all of them are societal. Polygyny is only explicitly mentioned in the Quran once, as in the following translation:

Even though this is the Quran’s only overt mention of polygyny, many jurists use a second verse to fully interpret its meaning. This second verse can be found in the same Sura (chapter):

Ye are never able to be fair and just as between women, even if it is your ardent desire: But turn not away (from a woman) altogether so as to leave her (as it were) hanging (in the air).

These two verses draw the same conclusions, namely that while the Quran permits men to marry more than one wife, this should in no way be interpreted as encouragement. If Muslim men choose to take multiple wives, it is usually for their protection, as originally, traditional polygyny was created in order to protect widows and orphans.

The Quran firmly forbids Muslim men from taking multiple partners for their own personal gratification or pleasure. Before even thinking about marrying another wife, they have to decide if they can treat their wives equally and fairly and support them both. That means he should be able to provide both women and families with food, clothing, material comforts, and whatever else they might require.

Polygyny is more widespread in Africa than any other continent in the world. West and Central Africa have what is known as the “polygyny belt”. The countries estimated to have the highest rates of polygyny are Burkina Faso with 38 per cent polygynous marriages, Mali with 34, and Nigeria with 28 per cent. Many scholars believe that polygyny in African communities is the result of the slave trade’s impact on the male-to-female ratio.

A sideways step to polygynous and polyandrous marriages is polyamory. The difference between polyamory and polygyny/polyandry is that there is no marriage involved. Polyamory is simply: being in a relationship with multiple partners, and in itself not illegal, although viewed upon with some controversy. 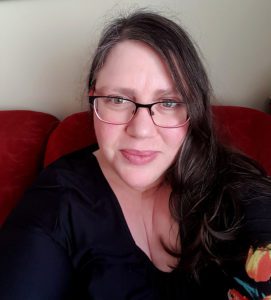 Dee Morgan (she/they) has been polyamorous for nearly 20 years. For her, it was not something that she had always known or ever really considered. In 2002, she left an emotionally abusive relationship and started the long journey to discovering who she really was when not dating someone. She says it was an enormous flowering for her all at once because she had been in serial monogamous relationships since the age of 15. So she really explored her sexual orientation.

It was not until a friend told her about polyamory that it really clicked for her. “I was like, oh my god lightbulb moment! You can have relationships like this,” exclaims Dee, and she was exploring that when she fell in love with someone around Easter 2003. It was a shock because it was not her intention to fall in love with someone so soon.

“For me, the identification of polyamory is having multiple, intimate, loving and sexual relationships; it’s not just romantic connections with other people. If I become [what is generally considered] a traitor to someone, or I want to explore something, it can find its own level for whatever it happens to be,” she explains to me.

The biggest thing about polyamory is that it is different for everybody. Dee has three partners. Her nesting partner, who she has been with for 20 years, is the one she shares a house and partially shares finances with. She has another partner, who lives about a 30-minute walk away from her house who she catches up with a couple times a week, and she has a partner in England, who she was supposed to visit in 2020 but Covid got in the way.

“One of the things that comes up a bunch in media is the assumption, which is sometimes accurate but sometimes not, that every polyamorous relationship starts with a couple who then opens their relationship. And many people come to the concept of polyamory because  they want to explore and they’re already in a long-term dynamic, but there are plenty of other people who, much like myself, started out going, ‘let’s see how this works’,” she explains.

“And it wasn’t about changing an already-existing dynamic. It was about going, ‘well, this is the set-up, I’m already in, you know, here is my process for figuring out if I’m interested more, here’s the level of information my partners want to be kept in the loop on, let’s negotiate and see if there’s something that works for you’.”

One of the most important things that both Edit and Dee make really clear is communication – essential in any good relationship, but in order to make a polyamorous relationship work, it has to be next-level. In Dee’s words, it requires talking, and then talking some more, messing up, and then talking about how you messed up. Edit says that people really need to be honest with themselves, know themselves, and know what they want.

“Negotiation, and renegotiation, and ongoing communication is essential because somebody in their 20s might want to party and want to have quite a big polyamorous set-up, but maybe in their 30s, they want to have a child or children and have time for that as well as, potentially, a more responsible job, which again, takes up more time or headspace. It takes quite a bit more organisation to have a polyamorous arrangement,” says Edit.

When Dee asked me if I knew anyone who was polyamorous, I had to admit that I did not. “Okay. Well, I hate to tell you this, but we are everywhere,” she laughs. “Not ‘everywhere, everywhere’, but we’re a significant minority and this is the thing. Unless you see someone with two or more people out on the street, we default to assuming that everyone is the same as everybody else.”

Read this article on Biogra View